My in-line equation is:

And on its own line:

It then follows that we have two equations. Q.E.D. 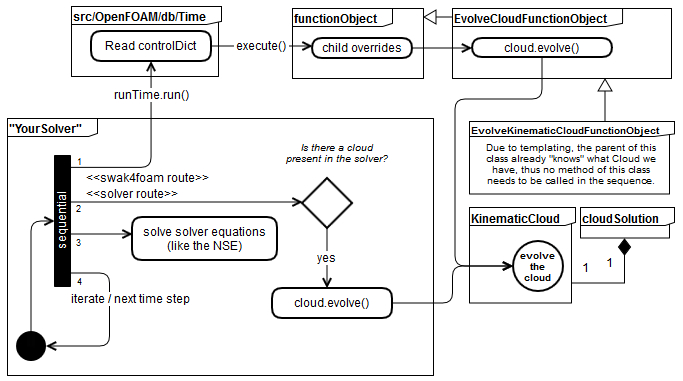 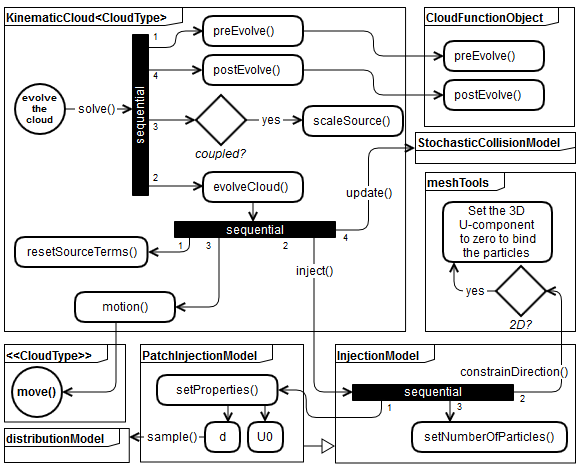 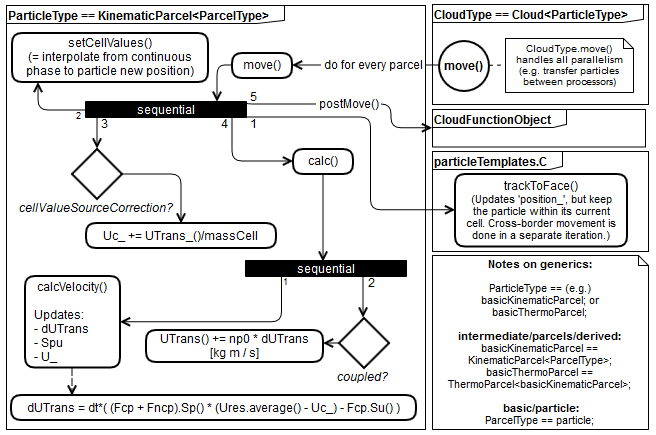 2 Tutorial preparation: Enabling symbol recognition and autocompletion in Eclipse by fooling the indexer

This tutorial is an extension to this Eclipse tutorial for OpenFOAM. This tutorial focuses on "repairing" Eclipse's indexer, in order for it to function appropriately. 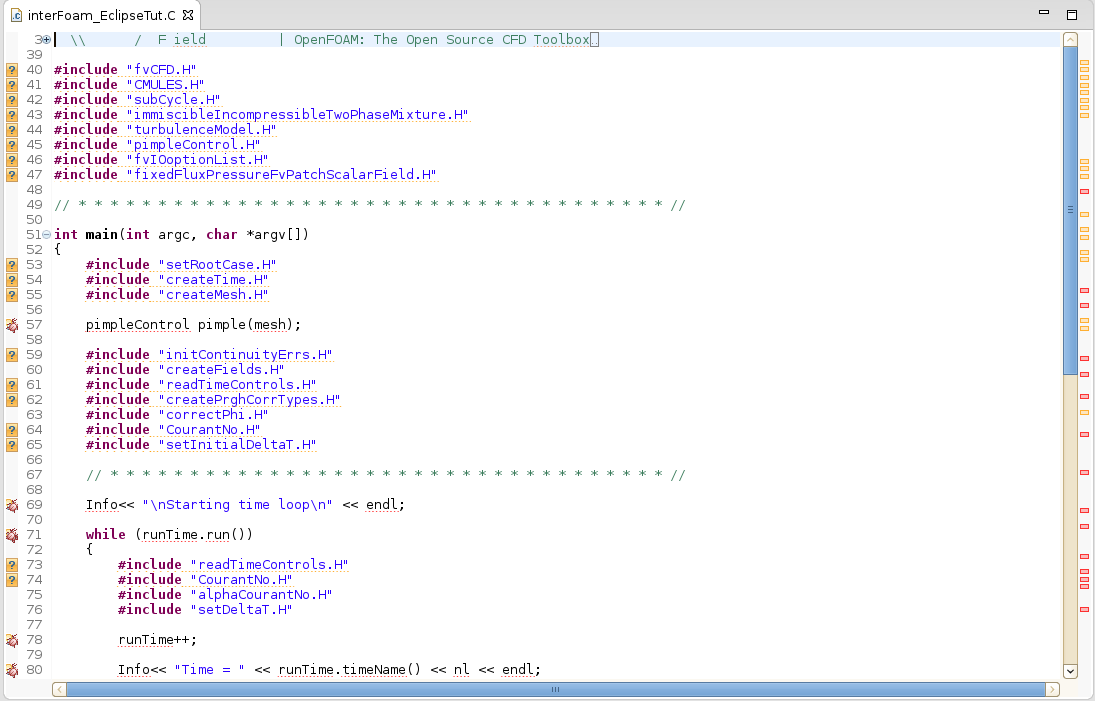 The method I am about to describe has both advantages and disadvantages. Judge for yourself whether you think the advantages outweigh the disadvantages. Please do note that nothing we do to the indexer will change the functioning of your code, as the compiler is responsible for that – not the indexer. 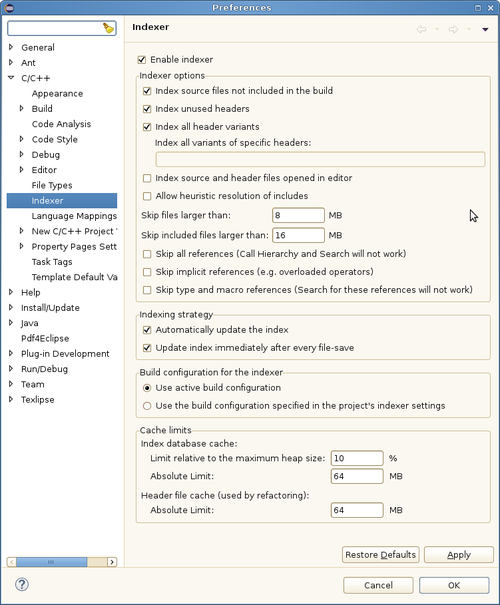 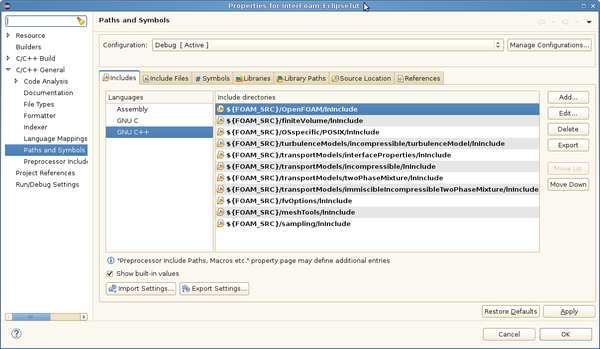 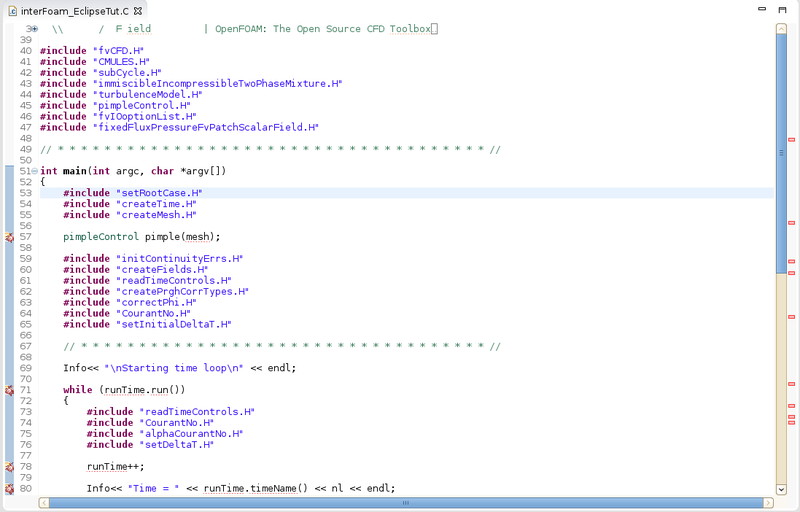 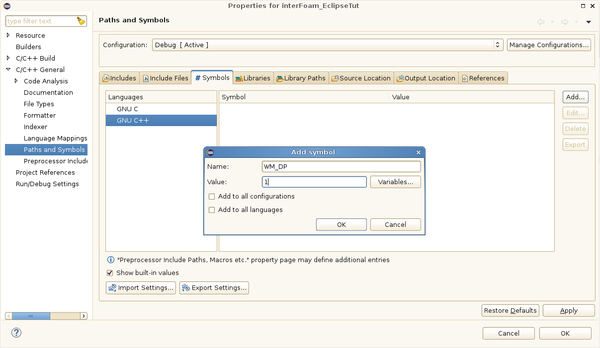 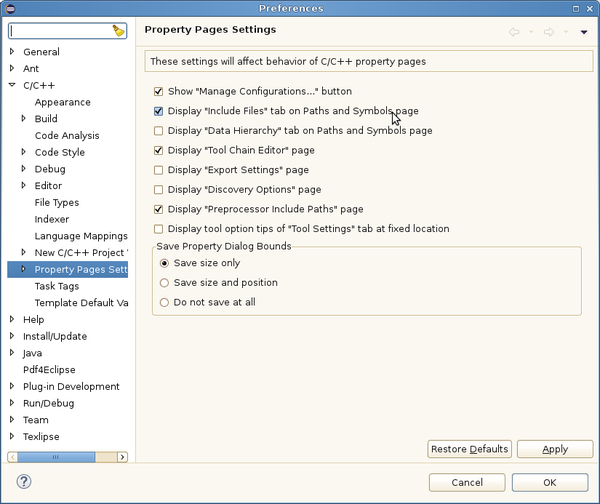 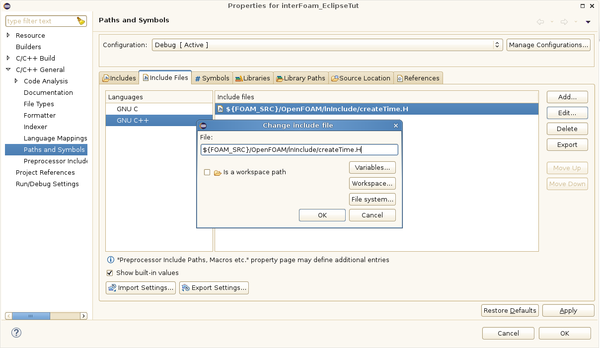 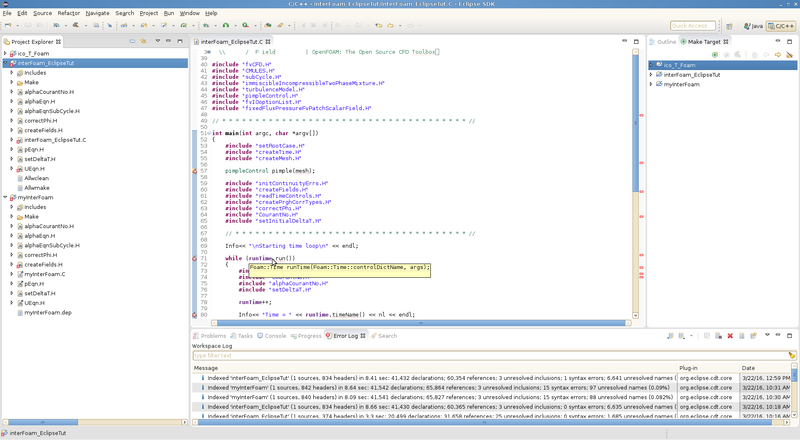 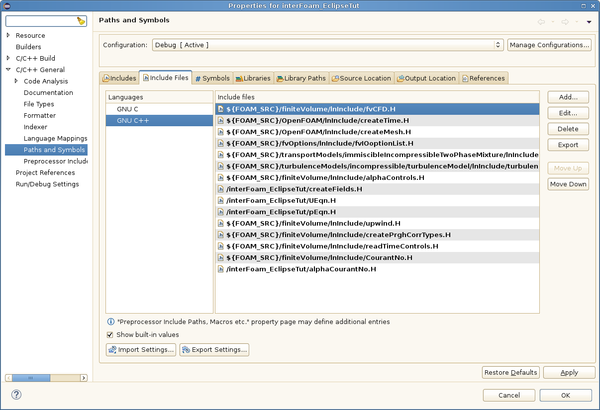 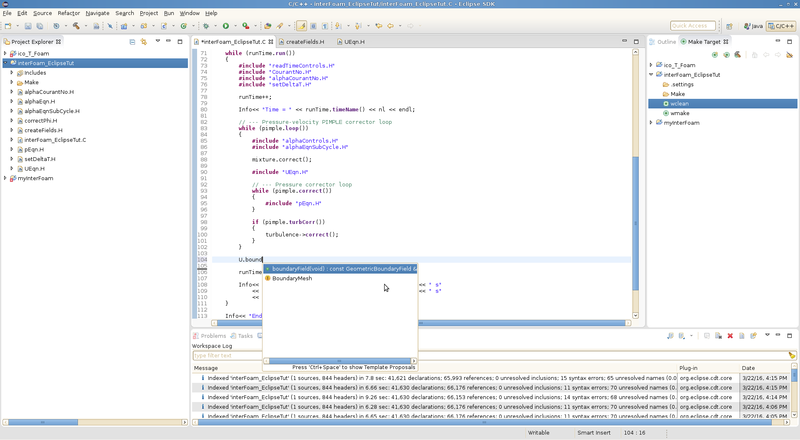 It is as well possible to use XML to do the above, instead of using Eclipse's GUI to add each included file one-at-a-time. Within your project directory, Eclipse has created a hidden file called “.cproject”. Within this file, the link to all included files and directories are saved. You may as well edit this file yourself, and then refresh your project inside Eclipse (select project, press F5).

And while we're at it: you could do the same for the build targets (wmake and wclean):

6.3 An alternative location to include files

7.1 I did all the above, but Eclipse is still showing errors!!

If those are not your issues, are you able to reproduce the tutorial as presented here, i.e. “interFoam 2.3.x”? If you can reproduce the tutorial, but you cannot get your own solver to work in Eclipse, then you are probably missing at least one include file. This is very likely one of the header files included at the top of your C-file (above the main function). For the case of “interFoam v2.3.x” these are:

7.2 What are the big integer numbers in the XML files?

7.4 Are there any other neat features of Eclipse I should know about?