The files have since August 25:th moved to a git repository https://github.com/nogenmyr/swiftSnap.git

Compatible Blender versions
v2.6x, with x<3. (Possibly also for 2.5x, but surely not for earlier)

The text below is an improved transcript of the document already inside the original Swiftsnap.tar.gz‎ tarball. These instructions also assume that the reader will get familiar with Blender on his/her own. Feel free to contribute to both this page and to the plug-in as well! 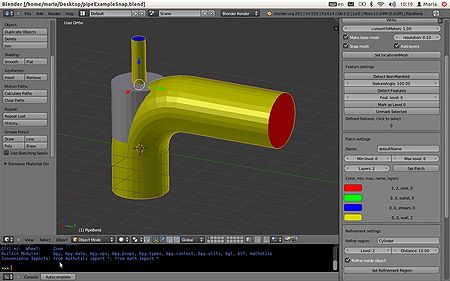