The last equation gets now expanded to 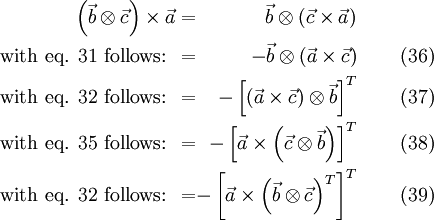